President Trump and the Creative Process
By Donovan Kiersten 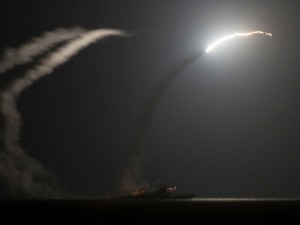 Many political analysts are confused by contradictory impressions of US President Donald Trump’s foreign policy. They interpret his actions at a level beneath his intelligence, accusing him of inexperience, inconsistency, incompetence, insincerity or even malicious intent. Such analysts make themselves look foolish. Trump is guilty of none of these things.

Then what is the secret of his method? Why does it look so erratic?

Many technical problems encountered in the field of computer software are so complex that no human being, no matter how brilliant, can solve them using preconceived methods. Yet corporate managers, in their ignorance, often demand up-front design documents. Since engineers may have no idea what techniques will be ultimately effective, as often the problems to be solved have never been solved before, they sometimes write obfuscational design documents that have nothing to do with the final product. Then, when it comes to actually writing the code, the developer begins by experimenting, not only with how the code and hardware interact, but also with how his or her mind interacts with the code. In other words, the developer is analyzing the workings of his or her mind to determine what type of design will be most comprehensible and effective.

Meanwhile, he or she appears to be hacking away at random. The pretentious term “incremental prototyping” was coined to answer a manager’s suspicious inquiries, while giving the impression a logical procedure is involved. Invariably, the good code developer will converge on a design that is elegant, functional, comprehensible, and efficient. Convergence is the key to succes in the incremental method. 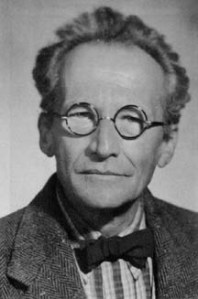 Erwin Shroedinger, the Austrian physicist who invented wave mechanics in 1926

Physicists face the same conundrum in developing theories of physics. The problems are complex, and theorists must experiment extensively with the mathematics to find the right combination. Erwin Schroedinger did this with the invention of his eponymous equation, as did Paul Dirac. Niels Bohr did this with his Copenhagen interpretation of quantum mechanics. Einstein and Hilbert did this in creating General Relativity. If you are doing something new, this may be the best approach.

To someone who has used the method of incremental prototyping, it seems clear this is Trump’s approach in the foreign policy arena. He is, first of all, tackling problems that have never been solved before. To wit, the US government has never solved the problem of how to achieve prosperity without bombing foreign countries and dominating the world. Maybe no country has, and nations are rich or poor in proportion to how much they conquer.

Another problem that has never been solved is how to do all this in spite of the opposition of the ruling elite, which secretly—or not so secretly—controls the US government and the governments of the Western world.

Trump is, secondly, both inexperienced and brilliant. His IQ has been reported at 156, and as some highly intelligent people may be clumsy with language, his blundering speech gives the opposite impression. Physicist Neils Bohr was also clumsy with language, and infamously yelled at his colleagues to get them to grasp his insights, notoriously having driven Schroedinger to take to his bed with illness.

Brilliance lies in knowing how to tackle such problems. Incremental prototyping is an effective method, as long as one eventually achieves convergence. That’s the key. The wild gyrations of the experimental process along the way to convergence can’t be understood by an outside observer. They defy interpretation.

So what is Trump doing? Analysts are baffled. This very fact is a good clue that incremental prototyping is the method he uses. Trump is seeking that combination of events that will create peace and prosperity, amidst a sprawling mess of global conditions that border on chaos, many created by his predecessors, some by foreign leaders, and others by that sinister cult called the Western financial elite. He is experimenting with a broad array of verbal threats, controlled military strikes (which have not yet had a devastating effect), diplomatic meetings, and not so diplomatic meetings, while exploiting the element of surprise. 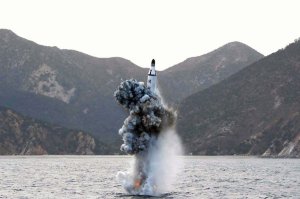 Specifically, what do his foreign policy aims appear to be? Trump’s first aim seems to be ending the proliferation of nuclear weapons. This explains everything he is doing and saying about North Korea and Iran. Expert analyst Paul Craig Roberts, for example, admits his own cluelessness about Trump’s threats toward North Korea. But as Trump sees it, North Korea must be denuclearized.

About disarming Kim Jong-un, what Trump is attempting to do is garner a configuration of Russian troops, ships and diplomacy, Chinese troops, ships and diplomacy, American ships, insults and threats, along with bafflement of the ruling elite and their media, to induce a confused Kim Jong-un into surrendering his nuclear weapons, perhaps under a deal brokered by Putin and Xi. This is an imcomprehensibly complex task. And without giving away Trump’s stategy, I will say his Syria air base Tomahawk strike played a crucial role in setting the scene.

He may be performing a similar act with Iran. 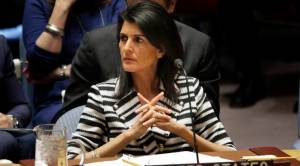 Trump’s second foreign policy objective appears to be wiping out ISIS. This is as tricky as anything gets, because to destroy Daesh terrorists without harming civilians is well nigh impossible using air strikes. It would have to be done surgically, by ground troops employing sabotage tactics. But Trump is rightfully unwilling to commit US troops. His best option—were it not for the satanist bent of the transnational aristocracy—would be to provide weapons and financial support to Assad’s Syrian Arab Army. But the elite has blocked this option. No sooner did Secretary of State Rex Tillerson and UN Ambassador Nikki Haley advocate detente with Assad, than the elite forced Trump’s hand through a false flag chemical attack committed by their own terrorist minions. Their message: don’t go there. Trump backed off, targeting the Syrian air base.

The Tomahawk missile attack was a statement that served two purposes. One, Trump established that he would not go straight to the goal of cooperating with Assad, and thus, by his turnabout, baffling the elite, who must be kept in a state of confused paralysis. Two, he set up a staged rivalry with Russia—a rivalry which of course does not exist, but which must appear to exist in order to divert his enemies when the North Korean deal is ready to be struck.

For these tactics to work, Trump has to trust that Presidents Vladimir Putin and Xi Jinping, and possibly Japan’s Prime Minister Shinzo Abe, are smart enough to get his strategy without being told, since the transnational elite forbids communication between their divided and conquered fiefdoms.

Meanwhile, Trump is attempting also to meet the impossible constraint of doing no harm. This is evidenced by his warning Putin in advance of the Syria missile attack, and by the ultimately minor impact it had on Assad’s war effort. It’s biggest impact was political, and that was intended.

We’ll wait and see how events in the world converge.