Globalists Destroy Freedom in the Hearts of Men

Globalist politicians care not for how high they ride in the polls. They are paid to do one thing. And that is to do the bidding of their masters. They will be used and then discarded as the plebes begin to revolt. They then are shuffled out of place and a new globalist politician is inserted in their place with great promises of change.

The globalist politician that does as they’re told moves on to a lucrative job on K street or a cushy job with some high-powered law firm. If they’ve been extremely effective at implementing globalist policies they are given a huge salary and put on staff at executive level in a bank somewhere.

The globalist politician is arrogant because he knows his golden ticket doesn’t end after doing as told by the billionaire elites. The globalists take care of their own. Have Bill and Hillary lacked anything? Has Obama? Has Bush? 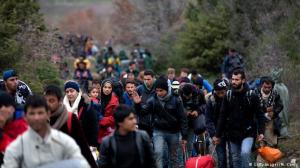 Angela Merkel is not sad because of her poll numbers. She is sad she has lost the ability to ram through the globalist agenda as she once did at break neck speeds. Her tears are tears of sadness that the plebes are uprising before the total collapse of Western culture.

“ A house divided against itself cannot stand”. These globalists know this and so have imported an element of people that will divide and tear down the house so it no longer stands. Pure evil is what they are. Believe not for one moment you are dealing with men of ignorance. These are men of cunning, purposely set about in plans to destroy freedom from the hearts of men. Liberty among people is anathema to them.

“Entry of Alexander into Babylon”, painting by Charles LeBrun (1665) In Judeo-Christian tradition, Babylon symbolizes an oppressor against which righteous believers must struggle. (–Wikipedia)

To enslave is their utmost goal, their chief aim, their purpose for living. It’s what drives their every thought, their every action. Disguised in the cloak of social justice they stealthily move their agenda, in the dark, where shadows live. Quietly, slowly, one passed law and hidden legislation at a time.

They are rebuilding Babylon. They won’t stop until they grab the stars. You are their stepping stones. The weight of their plans never moving to give reprieve. In all of this I can say, No, I will say, I’m proud to be a Christian, I’m proud to be a Nationalist, and I’m proud of my President, Donald J. Trump.