A Threat to World Peace
by
Brian Cloughley 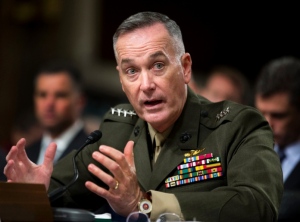 On 9 July 2015 US Marine General Joseph Dunford appeared in front of the Senate Armed Services Committee and announced that «If you want to talk about a nation that could pose an existential threat to the United States, I would have to point to Russia. And if you look at their behaviour, it’s nothing short of alarming». He said that without weapons to counter tank and artillery fire, Ukrainian troops would not be able to fend off «Russian aggression» and that «from a military perspective it’s reasonable that we provide that support to the Ukrainians».

Dunford’s presence in the Senate was necessary for him to be approved as Chairman of the Joint Chiefs of Staff of America’s armed forces, which he is certain to become, given his belligerent attitude to Russia which, he declared to be «a bigger threat to the United States than the Islamic State» — these savage terrorists whose murderous acts around the world have created fear and misery in countless countries. His comparison was not only insultingly antagonistic to Russia but a bizarre distortion of fact. (Intriguingly, it was reported on 15 July that «NATO and its allies will hold their biggest military exercise in more than a decade from October, deploying 36,000 personnel across the Mediterranean to counter the threat of Islamic State on the alliance’s southern flank».) 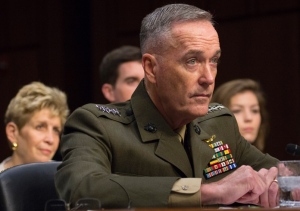 Gen. Joseph F. Dunford, Jr. listens to opening statements during Senate Armed Services Committee hearing on his nomination as chairman of the Joint Chiefs of Staff, July 9, 2015. Behind him are wife, Ellyn, son Patrick and niece, Jenna Sartucci. (–Joe Gromelski/Stars and Stripes)

From his pronouncements it is apparent that one of the greatest threats to peace in the world is the incoming Chairman of the US Chiefs of Staff Committee, the most important military advisor to the US President. His observations and attempts at intimidation were intemperate and vulgarly abusive as well as verging on the grotesque. It is ridiculous to claim that Russia is a threat to the United States, other than economically and politically. Russia has no intention whatever of presenting a military threat to America and has not done so. There is not one instance in which Russia has moved military forces to threaten the US. There are, however, countless instances of substantial US land, sea and air forces moving towards Russia’s borders.

The current shambles in Ukraine, caused by the US-supported coup against its government in 2014, is being used by the US-urged west as justification to attempt economic punishment of Russia — and for North Atlantic Treaty countries to menace the Russian homeland. NATO is desperately attempting to justify its existence — and its luxurious new billion dollar headquarters — and the Ukraine debacle is serving its purpose.

Russia has not made a single threat against any NATO country. Surrounded as it is by members of that military grouping, Moscow has tried to maintain trading links with all of them. It is eminently sensible to do so, but it is Russia’s closest neighbours who are suffering most from the US-EU (read NATO) sanctions on economic growth.

In February Bloomberg Business, which is far from being a supporter of Russia, had to record that «exporters in Lithuania, Latvia and Estonia — the euro area’s newest members — can expect their sales to Russia to fall by around a fifth this year. The latest official figures show that Russia accounts for 21 percent of Lithuania’s exports, 12 percent of Latvia’s and 9.8 percent of Estonia’s. The value of goods and services headed to Russia, which is currently facing recession and a weaker rouble, will shrink by between 18 percent and 25 percent for the three countries, according to a recent report published by Danske Bank, Denmark’s biggest bank. This will cost their economies 690 million euros collectively this year, or approximately $780 million». Given the combination of the Greek crisis and NATO sanctions damaging the economies of Russia’s trading partners all over Europe there is little wonder the Euro is staggering.

What have Estonia, Latvia and Lithuania (which were encouraged to join NATO in 2004) done to deserve US-EU attacks on their economies? Nothing, of course, other than being willing and mutually gainful trading partners of Russia.

Why on earth would Russia threaten the Baltic nations? If Moscow wanted to be nasty to these countries it could do so quite simply, by stopping their gas supplies. The thought of Russia exerting military pressure on them is ludicrous, and not even the paranoid Dunford could quote an example of this taking place. The Baltic states are valuable to Russia because of their trading importance, just as are so many European countries. It would be insane of Russia to even contemplate invading these countries, or any others for that matter. 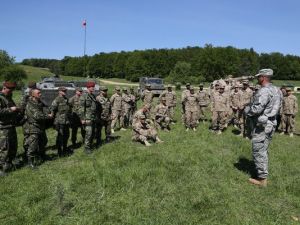 But the United States has «delivered more than 100 pieces of military equipment to vulnerable NATO-allied Baltic states in a move designed to provide them with the ability to deter potential Russian threats. The deliveries are intended to «demonstrate resolve to President Putin and Russia that collectively we can come together» declared yet another US general, who added that the tanks would stay «for as long as required to deter Russian aggression».

The man’s a fool, of course, because if Russia decided to invade and occupy the Baltic states it could do so within a few days, and 100 US tanks wouldn’t make the slightest difference. Nor does the fact that in June it was reported that «NATO flexes its muscles: More than 6,000 troops from 13 NATO countries are participating in the Sabre Strike 2015 drills in Estonia, Latvia, Lithuania and Poland, all EU and NATO members». These confrontational antics were meant to frighten Russia, but all they did was conjure up a few laughs.

Similarly, if Russia had wanted to invade Ukraine — which has got nothing to do with NATO and has no ties whatever with the United States — it could have done so in a walkover from border to border within three weeks. And NATO couldn’t have done a single thing in retaliation. 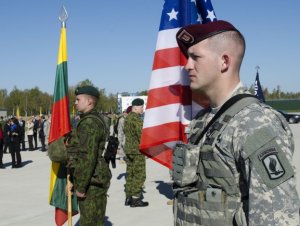 The West refuses to accept that there is no Russian military threat to any other nation. There is certainly Russian support of Russian majority citizens in regions of Ukraine who are threatened by the Kiev regime. And although that support doesn’t go nearly as far as that of NATO for the citizens of Kosovo, which resulted in 38,000 NATO airstrikes on Yugoslavia in March-June 1999, it is based on the hopes that there should be justice and political choice for the ethnically Russian people in eastern Ukraine, as well as increasing bilaterally lucrative trade with adjoining countries.

Such aspirations present no military threat to America or any other nation. The dispute between Russia and Ukraine is an entirely bilateral matter. And Russia’s relations with its trading partners, which it wishes for obvious reason to be equable and mutually beneficial, are nothing to do with the United States, either.

For General Dunford to claim that there is «an existential threat» to the United States from Russia is absurd. His allegation that Russia’s «behaviour, it’s nothing short of alarming» is unfounded and self-serving. He presents himself as a threat to peace.

He is certain to be appointed head of all US military forces.
___ 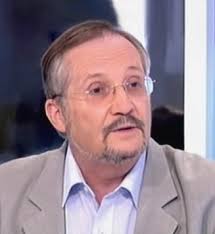