Leaders of Reason: The Next World Order

Instead of imagining nuclear Armageddon brought on by Western neoconservatives, I am imagining the neoconservatives facing their own political Armageddon, as the rising stars of enlightened opposition sweep the world’s leadership. Paul Craig Roberts again gives the wake-up call. My own response appears at the end.

The damned neoconservatives have destroyed seven countries and the bastards and bitches walk around free! — Dr. Paul Craig Roberts

Will The Crazed Neocons Bring Us Nuclear Winter?
by Paul Craig Roberts

As readers know, I have emphasized that the declared neoconservative intention of achieving global hegemony has resurrected the threat of nuclear armageddon as Russia and China are most definitely not going to submit, as every European country, the UK, Canada, Australia, New Zealand, Colombia, and Japan have submitted, to being Washington’s vassals.

The president of Russia and the president of China have made this completely clear. If the arrogance, ignorance and incompetence of the Western political systems permit the continuation of the crazed, totally unrealistic, neoconservative agenda, the planet will die.

Ronald Reagan is the only US president during the era of nuclear weapons who was committed to removing them from all arsenals. I know because I was a part of his effort. If you can’t believe me, ask Pat Buchanan who was with Reagan at Reykjavik. In previous columns on my website, I quoted Buchanan’s response to my statements. Buchanan wrote to me that I was correct, that Reagan wanted rid of every nuclear weapon. 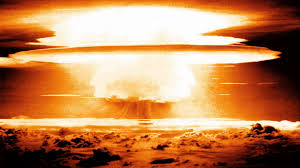 That was President Reagan’s primary goal and is the reason for his economic program, which he placed in my hands. Reagan reasoned that if the US economy could be restored, the inability of the Soviet economy to be restored would allow him to pressure the Soviets into agreement to end the cold war and rid the world of nuclear weapons. When I get letters from those denouncing Reagan for his crimes, I wonder at the pride that the writers show in their utter ignorance and stupidity.

What the neocons have done is to throw away every treaty and violate every agreement that had the world on the path to nuclear disarmament. These evil persons have caused massive moderization of Soviet and Chinese nuclear forces. There is no prospect whatsoever of American hegemony over the world.

Yet, the insane neoconservatives continue to speak as if the world is subordinate to them, a collection of arrogant two-bit punks who could not subdue a few thousand lightly armed Taliban after 14 years of effort and American sacrifice and whose disastrous policies have made, until Vladimir Putin’s intervention, the Islamic State the most potent military force in the Middle East.

The damned neoconservatives have destroyed seven countries, and the bastards and bitches walk around free! Their two-bit, dumbshit punk media spokespersons ask, “What’s the good of nucear weapons if you can’t use them?”

If the insouciant Western population sits on its sofa watching “reality shows” while the insane neoconservatives who control Western foreign policy drive us to Armageddon, the inattentive dumbshits that comprise the Western populations will find themselves exterminated by nuclear winter. It would be their just reward. Unfortunately, the rest of the world would go with them.

Steven Starr has been a guest columnist for us before. Like myself, he understands that there are no survivors of nuclear war. Here is his latest, published by the Federation of American Scientists.

The neoconservatives should be quickly rounded up, arrested, tried, convicted, and executed for their massive crimes before they destroy the world. Life hangs in the balance.

It is the neocons or us.

Alternative to Armageddon
by Donovan Kirsten

The Five Rising Stars of Reason

Paul craig Roberts is trying to crack through the hard shell of global incomprehension with well-justified anger. Someone needs to wake people up! And Paul Craig Roberts is doing just that. He’s absolutely right that the inattentive dumbsh*ts that comprise the Western populations need to get off their couches and act, although one cannot quite imagine what action they can take.

But since the two-bit Western dumbsh*ts seldom read political commentaries on the internet, Paul Craig Roberts’ exhortation will go unnoticed by their latent, satiated brains. Pragmatically speaking, the people we need to reach through anger, shock and exhortation are educated leaders who do read political analyses. Or at least, those who are coached by advisors who do. 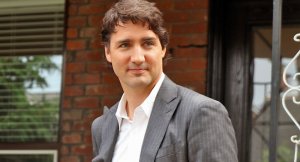 Educated leaders need to oppose the neoconservatives and confine them in political straitjackets. It will take powerful people acting in concert to tie the sleeves of those garments. The struggling limbs of the neoconservative consortium are dangerous forces to reckon with. But reckon with them we must.

The top leaders of America and Europe are in the best position to take action. They bear as much responsibility as the  insouciant Western population for letting the neocons get away with murder. But Western leaders are afraid to act as individual agents, no doubt fearing they will be singled out for the odd “accidental” plane crash.

Yet there is good news too. The world boasts five rising or risen stars among the courageous battalion of global leaders: Russian President Vladimir Putin, America’s future President Donald Trump, Canadian designated Prime Minister Justin Trudeau, France’s future President Marine le Pen, and Donetsk People’s Republic Leader Alexander Zakharchenko. Had we a world where all five of these enlightened stars were established Heads of State, and where they all acted in unison, the neoconservative mad mob would soon be effectively straitjacketed. Then those spoiled screaming psychopaths would face political annihilation, a sort of poetic justice in the form of their own personal Armageddon.

Better them than the Earth.

Like Loading...
« Vladimir Putin at Valdai Discussion Club 2015
The Price of Truth: Assange and Snowden as Heroes of Civil Disobedience »