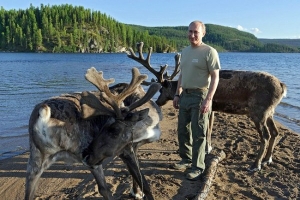 That the Washington Post would publish the following article represents progress in the American perception of Russia and Vladimir Putin. Incongruously, this opennes toward the Russian viewpoint is emerging not in the traditional political left, ie. the Democratic Party, but in the so-called right-wing conservative Republican domain.

Of course, the complexity of political perspectives cannot be ordered on a linear spectrum. Such perspectives are multi-dimensional. Thus, Quemado Institute considers itself a conservative American platform, yet we applaud the policies of Vladimir Putin, with the exception that we regret his stance of nonrecognition toward the two young nations of Donbass. 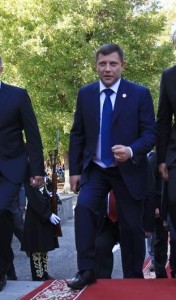 We applaud as well Novorossiya and the Donetsk and Lugansk People’s Republics. Being pro-freedom and pro-democracy in the truest sense of the words, we border on professing Libertarian values, especially on the issue of self-determination. These values are also largely promoted not only by Vladimir Putin, but also by Donetsk People’s Republic leader Alexander Zakharchenko, as well as other founders and heroes of the fledgling DPR democracy. Any implementation of a free society is fraught with pitfalls and contradictions, of course, arising as they do from rampant global corruption and the pressures of world conflict. Yet the effort in the Russian sphere is noteworthy.

It’s refreshing to see American conservatives advocate a more enlightened global policy, particularly toward Russia and Vladimir Putin. Perhaps the 2016 US elections will mark the end of the East-West political impasse.

During Tuesday’s Republican debate, Donald Trump repeated his claim that if he became president he would strive to work with Russia’s leader, Vladimir Putin. The American billionaire went so far as to suggest he supported the Russian president’s intervention in Syria, adding that he understood Putin as “I got to know him very well because we were both on ’60 Minutes,’ we were stablemates, and we did very well that night.”

Trump’s friendly message to the Russian leader received a rebuke from another candidate, Carly Fiorina, who explained that she would not work with Putin. “I have met him as well, not in a green room for a show, but in a private meeting,” she said in a line that was greeted with laughter and applause.

Despite both these candidates implying they understood the Russian leader because of specific meetings with him, their accounts were quickly challenged.

It appears that when Trump and Putin appeared on the Sept. 27 edition of the “60 Minutes” show, they were in two very different cities (New York and Moscow), suggesting that Trump met Putin as readers did — on a screen during a taped “60 Minutes” interview. And it turns out that Fiorina met with the Russian leader before the 2001 APEC Conference in China, during a meeting she just recently described as “sorta a green room setting.”

In fact, during her speech at that conference, Fiorina offered a view of Putin that could be interpreted as relatively positive, describing the “change” Putin was bringing Russia.

That both Trump and Fiorina felt compelled to suggest they understood Putin because of interactions with him was understandable: To many Americans, the Russian leader is a puzzle waiting to be solved. There have been countless books written that seek to investigate Putin’s personality in a bid to better understand his policy. President Obama has made telling comments about his meetings with Putin (in particular, his posture) and former president Bill Clinton has praised his intellect, if not his intentions.

However, Putin’s difficult political personality has a special history of roiling Republicans. George W. Bush, the second U.S. leader to have a president-to-president interaction with Putin, famously found him charming. “I looked the man in the eye. I found him to be very straightforward and trustworthy,” Bush said after first meeting his Russian counterpart in 2001. “I was able to get a sense of his soul: a man deeply committed to his country and the best interests of his country.”

(Bush later admitted than his relationship with Putin became more “fraught” as time went on — noting one incident where the Russian leader seemed to mock the size of his dog, Barney.)

“I looked in his eyes and saw KGB” (–telegraph.co.uk)

Perhaps in response to Bush’s attitude, Sen. John McCain and former Massachusetts governor Mitt Romney, the Republican candidates in 2008 and 2012, respectively, have taken harder lines on Putin. “I looked into his eyes and saw three letters: a K, a G and a B,” McCain said in 2007. However, they’ve been somewhat contradicted by other voices in the Republican camp who have, like Trump, felt that they could understand and even relate to the Russian leader. Many high-profile right wing names, including former Alaska governor Sarah Palin and Rush Limbaugh, have contrasted his leadership favorably with that of Obama. Matt Drudge, the enormously influential political commentator, once even dubbed him “leader of the free world.”

Perhaps part of the issue is that some on the right wing can look at Putin, and — if they squint — see a mirror image. “Is Vladimir Putin a paleoconservative?” Pat Buchanan wondered in an article for Townhall in 2013, apparently reaching an affirmative answer.

There’s some logic to that question. Fiscally, Putin is a pro-business leader who favors low taxes and a balanced budget. Socially, he’s conservative and has ties to the Christian church. And on the foreign front, he likes to focus on the terror threat posed by Islamic terror groups. Perhaps he even has a view of Russian exceptionalism that corresponds to American exceptionalism. “I am sure I could put together a long list of quotes that would make Putin seem like a card-carrying member of the Tea Party,” Brookings Institution economist Clifford Gaddy, co-author of “Mr Putin: Operative in the Kremlin,” once explained to me.

As recently as last year, WorldViews was finding that when we wrote about Putin we’d be bombarded with supportive messages from conservative readers. As The Post’s Philip Bump has pointed out, polls show that many Republicans (and a fair amount of Democrats) view Putin as a strong leader.

However, Putin’s overall popularity remains low among Americans and much of his foreign policy and background flies in the face of American interests. These mixed feelings on the American right may explain the muddled messages from GOP presidential candidates. While Trump (and, to a lesser extent, Sen. Rand Paul) might express a desire to have a working relationship with Putin, Fiorina and other candidates were dead opposed to it. “I’ve never met Vladimir Putin, but I know enough about him to know he is a gangster,” Sen. Marco Rubio said, perhaps taking the hardest line.

Whether any of these candidates will actually get to meet Putin anytime soon is unclear. Trump said he wanted to meet Putin during the Russian leader’s recent trip to New York, but it appears that meeting never took place. It’s possible that a meeting with the Russian leader could make Putin’s critics rethink their stances. Rep. Dana Rohrabacher, a Republican from California, had a drunken arm-wrestling match with Putin, then a rising political star, during the Russian’s trip to D.C. in the early 1990s.

He lost, but he doesn’t seem to bear a grudge, now consistently criticizing U.S. attitudes to Russia.

“He’s a tough guy, and he’s supposed to be a tough guy. That’s what the Russian people want,” he told KPCC-FM in 2013. “But that’s not a reason we shouldn’t try to work with him.” 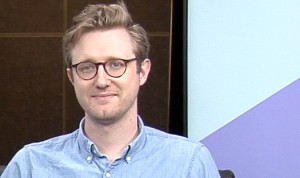 Adam Taylor writes about foreign affairs for The Washington Post. Originally from London, he studied at the University of Manchester and Columbia University. 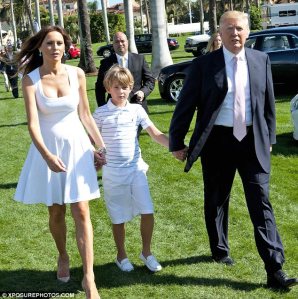 One thought on “American Conservatives Favor Working with Putin”