It’s not only the right-wing think tanks (such as the Hudson Institute and the Rand Corporation) that urge America to invade countries that pose no threat against the US, but also liberal think tanks (such as the Open Society Foundation and the Brookings Institution) that urge firebombing of cities and even ethnic cleansing in order to defeat foreign leaders whom the American aristocracy want to overthrow.

Though there is space here to mention just a few examples of these «liberal» psychopaths, these will be representative ones.

In 2002, Kenneth Pollack of the Brookings Institution came forth with his book, The Threatening Storm: The Case for Invading Iraq. As the Council on Foreign Relations promoted it:

«This highly influential book, written as the Bush administration turned its sights on Saddam Hussein’s regime, takes the reader back to the pre-war days of uncertainty about Saddam’s weapons and his ties to major terrorist organizations, outlining a powerful case for a US invasion of Iraq. Senior Fellow Kenneth Pollack argues that to prevent Saddam from acquiring nuclear weapons, the United States has little choice [but] to topple the regime, eradicate its weapons of mass destruction, and rebuild the country as a prosperous and stable society».

Upon the book’s publication, the CFR issued a press release about it, saying:

«Building on his acclaimed March 2002 Foreign Affairs article, ‘Next Stop Baghdad?’, Pollack lays out five options available to the United States – bolstering containment, depending on a formal deterrence policy, mounting a covert action campaign, relying on airpower and the Iraqi opposition, and launching a full-scale invasion – and argues that none of the first four are realistic anymore. Therefore, only a full-scale invasion involving several hundred thousand American soldiers can deal with the growing threat».

Pollack subsequently blamed the Bush Administration for having misled him; and, by May of 2003 (after the March 19th invasion), he was saying that this book of his, which argued for the urgency of invading Iraq in order to block Saddam Hussein’s supposed nuclear-bomb program, was concerned instead only about «a much more distant threat. And the real threat that I felt from Iraq’s weapons of mass destruction program was the potential for Iraq to eventually develop nuclear weapons». When the interviewer asked how shaky was the evidence on the basis of which Pollack had urged an immediate invasion, Pollack answered, «you’re now getting beyond my area of expertise».

Was he fired, for his dangerous and unfounded ‘expert’ presentation of his suspicions as if they were instead facts? No, he’s still with Brookings, and still being treated by the Establishment and its ‘news’ media as if he were a respectable person and a foreign-policy ‘expert’, not mere lethal propagandist for America’s voracious aristocracy.

Again, there were «five options available to the United States»; and, yet again, the final one was invasion, about which he had this to say, this time around:

«There are at least four pieces of ‘good news’ when it comes to contemplating an American-led invasion of Syria. First, as in Iraq, the initial invasion is likely to be easy. In fact, it would probably be even easier than it was in Iraq because the Syrian military is smaller, weaker, and less-experienced than was the Iraqi military, and it is already tied down fighting an internal opposition. Second, the United States would probably do a better job of handling the essential post-war reconstruction because it has learned from the many mistakes it made in Iraq. What’s more, after Iraq and Afghanistan, the United States has a large cadre of personnel with the skills needed to handle the challenges of reconstruction».

How heartwarming! Like knife-in-your-heart warming, for anyone stupid enough to think that outfits such as Brookings are anything better than the lowest level of fake gold-leafed scum.

And then there was the time when the Brookings Institution’s team of ‘experts’ said that US President Obama needed to follow up his successful coup in Ukraine by intensifying the ethnic-cleansing program against Ukraine’s former Donbass region, which was refusing to submit to the US-installed regime.

And this gets us now to George Soros’s Open Society Foundation, and its associated ‘philanthropies’, such as the International Renaissance Foundation (or «Fund»), which, along with the US Government and the Netherlands Government, had financed the creation of the leading TV station for the ‘Maidan’ demonstrations that provided cover for the CIA’s coup. It was called Hromadske TV, and here was one of its ‘experts’ talking about what needed to be done to the people in the rebelling Donbass region:

«Donbass, in general, is not simply a region in a very depressed condition, it has got a whole number of problems, the biggest of which is that it is severely overpopulated with people nobody has any use for. Trust me I know perfectly well what I am saying. If we take, for example, just the Donetsk oblast, there are approximately 4 million inhabitants, at least 1.5 million of which are superfluous. That’s what I mean: we don’t need to [try to] ‘understand’ Donbass, we need to understand Ukrainian national interests. Donbass must be exploited as a resource, which it is».

In other words: Kill the residents there, keep the land and its «resources».

That example is not entirely typical, but the chief private financier behind it was urging the US and EU to pump an additional $20-50 billion into completing that job of ethnic-cleansing, and this was none other than George Soros himself. And, after all, he too is considered to be ‘respectable’. In fact, he’s one of the leading financial backers of America’s Democratic Party. 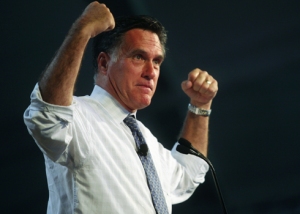 Whereas in domestic affairs, America’s aristocracy is far from united, that aristocracy displays a stunning unanimity in regards to foreign affairs: they want to conquer the world. As US President Barack Obama constantly says, «The United States is and remains the one indispensable nation». All others are ‘dispensable’. His Republican opponents in 2008 and 2012, John McCain and Mitt Romney, couldn’t have said it any better. In international affairs, they all serve the same masters. And the American public tolerate that agenda, conquest, because the ‘experts’ and the ‘news’ media serve those same masters: the aristocracy. Regarding the CIA, ‘Defense’ Department, State Department, etc., it’s the ‘respectable’ position to advocate. After all: other countries are ‘dispensable’. So: they might as well be consumed, not simply wasted. Isn’t that what they’re there for? To serve «the one indispensable nation»?