This tag is associated with 11 posts

DPR President Zakharchenko: Questions From Around the World

Introduction by Kennedy Applebaum Quemado Institute April 17, 2017 I am impressed yet again with the brilliance and humanity of Alexander Zakharchenko, distinguished leader of the Donetsk People’s Republic. Setting an example of diplomacy, Zakharchenko kindly answers questions from enemy as well as friend. We thank the publication Novorossia Today for making available this question-answer … Continue reading →

Zakharchenko on Donald Trump, Peace in Donbass, and Power Reshuffling in Kiev

Introduction by Kennedy Applebaum Quemado Institute April 14, 2016 Alexander Zakharchenko, President of the Donetsk People’s Republic, offers illuminating remarks in the following commentary on the recent reshuffling of power in Ukraine and its employment by Kiev as a tactic for delaying fulfillment of the Minsk agreements. In his final paragraph, the DPR leader expresses … Continue reading →

DPR President Alexander Zakharchenko: We Voted, We Took Up Arms, We Want to Live Freely

Statement on Donbass Elections and the Results of Normandy Four Talks of March 3, 2016 Quemado Institute Source, Zakharchenko official website March 7, 2016 Alexander Zakharchenko, President of the People’s Republic of Donetsk, spoke on March 4 about the results of the March 3 Paris foreign ministers’ meeting in the Normandy Format, saying “We agree … Continue reading →

Zakharchenko: Ukraine Will Understand What It Means to Be Under Shelling. (Video)

DPR PM: Real Combat May Develop in the Streets of Kiev Quemado Institute September 14, 2015 Donetsk People’s Republic Prime Minister Alexander Zakharchenko gave a 12-minute press conference on Saturday, September 12, 2015. Among other topics, he explained issues of the coming October 18 elections, especially as they relate to the fulfillment of the Minsk … Continue reading →

Ukraine’s Donetsk Republic Calls Kiev’s Decentralization Reform a Farce Guest Article TASS News Agency September 2, 2015 MOSCOW The militia leader stressed once again that in line with Minsk-2, Kiev should agree with Donbas on changes to the country’s fundamental law. The constitutional reform being conducted in Ukraine is not in the slightest in line … Continue reading →

Zakharchenko: Take the Situation Into Your Own Hands (Interview)

Zakharchenko Interview Exclusive: “The war can only end in our unconditional victory.” Guest Article by Valentin Filipov Translated by J. Arnoldski Fort Russ August 27, 2015 Take a more active position. Nobody will make your life better for you. Victory is not served on a silver platter. Victory is produced by sweat and blood. And … Continue reading →

What Is the DPR without Alexander Zakharchenko? (Revised)

by Karl Pomeroy Quemado Institute August 10, 2015 Revised August 12 & 13, 2015 What is the Donetsk People’s Republic without Alexander Zakharchenko? Is it a tiny regional puppet state left over from the Soviet Union, populated by residents largely apathetic to its fate? Is it a small struggling nation caught in a frozen conflict, … Continue reading →

Special Commentary by Kennedy Applebaum February 18, 2015 [Editor’s note: This commentary was originally posted on February 18, 2015. We are reposting it on June 12, 2015 from deleted archives to preserve the record.] . At the time of Minsk Agreement 2.0, the Kiev government seemed to be in a winning position. Its weak pawns … Continue reading → 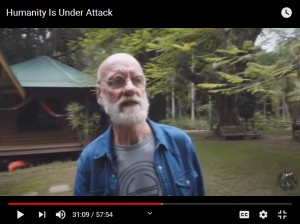