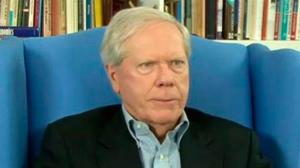 A former White House official says the United States cannot stand independent countries, such as Russia and Iran, because they are a threat to Washington’s unilateral actions. Dr. Paul Craig Roberts, who was Assistant Secretary of the Treasury in the Reagan Administration and associate editor of the Wall Street Journal, made the remarks in a phone interview with Press TV on Sunday. He was commenting on a statement by the head of the US Special Operations Command, General Joseph Votel, who said on Friday that Russia “could pose an existential threat” to the United States.

“Let me clarify what the word or the term existential threat means,” Roberts said. “When a general says this as a public statement, it tells the American people that Russia is a threat to the very existence of the United States, and it causes them to think that Russia may attack the United States with nuclear weapons, or maybe preparing to do that. So it creates a fear that Washington can use [it] for its agenda. We’re going to talk about what that agenda is. But what does it mean to Washington to say that Russia is a threat to its existence?

“What it means to Washington is that Russia has an independent foreign policy.

“We have reached the point in the United States that the drive for hegemony over the world – the importance for Washington of remaining the uni-power – that drive is now so strong that a country that has an independent foreign policy is regarded as an enemy, or a threat. What they mean is that it’s a threat to Washington’s unilateral action. They don’t mean it’s a threat to the existence of a country in the sense that the American people understand that word.” Dr. Roberts said that “what we have is a situation where countries with independent foreign policy, that’s countries that do not always accommodate Washington; they are now regarded as enemy countries. So that’s one of the meanings of these statements, that Russia is a threat.

“The other meaning is that in the United States the military security complex has a budget from taxpayers, from public funds – a budget of one trillion dollars. I believe that is about two and a half times the size of the Iranian gross domestic product… just for the military security complex. So these are very large firms entirely dependent on public appropriations, that’s where their revenues come from.”

Dr. Roberts said if you have a budget of one trillion dollars, “you have to have a reason, especially when Americans themselves are having hard times, that’s the people who are paying the taxes.” He added that a lot of these have “lost houses, on the verge of losing them. The young people have student debts they can’t pay, they can’t get jobs. A lot of people are having trouble of paying their medical insurance, even with some of the subsidies that ObamaCare provides. “So they look at this trillion dollars, and say what is this for. We need this money spent differently. So, the military security complex is making sure that fear takes the place of this hope by Americans to get some of that money to help them with their problems. So Russia then has become the bogeyman.

“This is also what has been going on with Iran. Washington has always known that Iran did not have a nuclear weapons program. They always knew that. But the trouble with Iran is that it has an independent foreign policy. It, for example, supported Hezbollah. Iran did not comply with Washington’s goals in the Middle East. And that’s the reason for the sanctions. It was to try to force Iran to do what Washington wanted. It had nothing to do with the nuclear energy program, that was the cover.

“Washington can’t go and tell the American people, ‘Look, Iran won’t do what we want them to do so we are putting sanctions on them, we may go into war with them, we may bomb them, because they don’t do what we wanted them do. They can’t tell the people that. They say, ‘Oh, be scared, the Iranians, they are going to make nuclear weapons. We have to stop them.’ And then the people say, ‘OK, all right, we have to do something.’ That’s what they are doing with Russia.

“There are two reasons that they have shifted from the [so-called] Islamic State, and Iran, and Iraq, and Afghanistan, and the Taliban, all of that, they have shifted to Russia, because Russia is a much more credible threat. It’s a huge country. A lot of Americans believe it’s communist. So, it’s a more believable threat. It’s hard to say that Iran is an ‘existential threat’ to the United States. But if tell them that it’s Russia, they say, ‘Oh, yeah, that’s probably the case. It’s the needed enemy. It justifies the massive spending programs that go into the military security complex, and all the power associated with that,” Dr. Roberts stated. “And also Washington is using this pressure to put sanctions on Russia, like they did on Iran. They are pressing the Europeans break off their economic and political relations with Russia, because of two reasons.

“1) the Europeans are too dependent on Russian energy, and that Washington will lose control of Europe because of its dependence on the Russian energy. And the other reason that they are putting all this pressure is Russia is able to constrain the American unilateralism.

“Russia was able to stop Obama’s planned invasion of Syria, and it was Russia who found the diplomatic solution to Iran, that Washington was going to use to bomb Iran. So what Russia has proven [is] that it can frustrate Washington, it can step in and block the American foreign policy initiative and force some different actions on the Americans. And Washington can’t simply stand that. The whole notion is we have to cut Russia down to size in some was so they accommodate us instead of blocking us. So that’s what it is all about,” Dr. Roberts concluded.

Like Loading...
« US Ambassador Daniel Baer Lies with Malicious Intent to OSCE Permanent Council
Flight MH17: Theory on the Motive for the Shootdown (Repost) »